One of the most interesting experiments with computerised planning and control of the economy was undertaken in Chile under the Allende government in the years 1972 to 1973. The system was designed by Stafford Beer and is described in his book The Brain of the Firm. [1] Beer’s objective was to provide real time decentralised control of the economy. Since his system provides a practical example of the general type of regulation mechanism we are proposing, it may be useful to outline its characteristics.

With the conventional statistical methods available to Western governments, economic statistics are often many months out of date by the time they arrive on the desks of decision makers. In consequence, decisions may be made to try to resolve a crisis some months after the crisis actually occurred. Since the policy instruments available to the government are also slow-acting, decisions may be taken whose effects are the opposite of what was intended. After the stock market crash of 1987, the British government feared a recession and in 1988 introduced tax cuts. By the time these came into effect demand was already accelerating anyway, so by 1989 the result was accelerating inflation. Lags in the availability of data meant that completely inappropriate action was taken (although in this case there was also a strong ideological commitment to tax cuts, regardless of the macroeconomic conditions).

Such perverse effects, in which feedback induces worse oscillations in the system, can be avoided if controllers are provided with up-to-date information and have the means to take immediate appropriate action. In Chile a computer network was established to do this in only four months, to the great surprise of sceptics who had argued that such a network would take years to set up.

The task was accomplished with the computer technology of the early’ 70s and the very limited telecommunications capacity of a poor country like Chile. A combination of microwave and telex links joined all the key industrial centers to computers in the capital. Within these limits it was possible to provide the government with economic information that was no more than a day old. More modern equipment could do better. Information was presented in iconic form. Large screens in an ‘Opsroom’ displayed annotated ow graphs of the interactions between subsections of the economy. The graphics displays avoided using figures. The magnitudes of the flows between different sectors were indicated by the widths of the lines owing between them. Industries and sectors were shown as blocks with bar graphs inside them telling what proportion of the industry’s capacity was being used.

The room provided seating for seven people, this being the largest number who can effectively participate in a discussion. Large buttons on the arms of the chairs could be used to control the displays, and highlight different features.

The notion of the Opsroom was taken from wartime experience in air defence. As in war, real-time information was displayed for immediate decisions. Decisions could be tested using computer simulations which showed what the effects would be if a given course of action were taken. In the event it was used like a wartime headquarters in the struggle to break the anti-government boycotts imposed by private lorry companies. The computer network enabled the government to mobilise all its available transport resources to keep goods owing.

It was intended that an Opsroom would be provided in each industry, and indeed in each plant. Sophisticated statistical programs analyzed the data owing up from lower levels of the system to search for any significant changes. Human decision makers were insulated from information overload, and just presented with significant data on which decisions were needed. The Opsroom for a plant would be provided with warnings as soon as anything unusual occurred.

If the computers detected a crisis, they alerted the Opsroom and started a clock running. If the Opsroom had not responded effectively within a certain time period, the next higher Opsroom in the tree was alerted. This gave each unit the freedom to act locally within its competence without endangering the viability of the social organism. It was envisaged that the Opsroom at factory level would be run by local workers committees. The democratic presumption was that modern visual and computing aids would allow people to manage their factories without sophisticated training.

With the bloody coup that established Pinochet in power, and prepared the way for Friedmanite monetarist economic experimentation in Chile, all this was swept away. The Opsroom perished with Allende and democracy in the burnt out ruins of the presidential palace

Source: This text is one section of chapter 6 [Detailed Planning] of Towards a New Socialism (1993), by W. Paul Cockshott and Allin F. Cottrell. The book was published by Spokesman, Bertrand Russell House, Gamble Street, Nottingham, England. A digital edition was prepared by Allin Cottrell, which was used to produce this text. 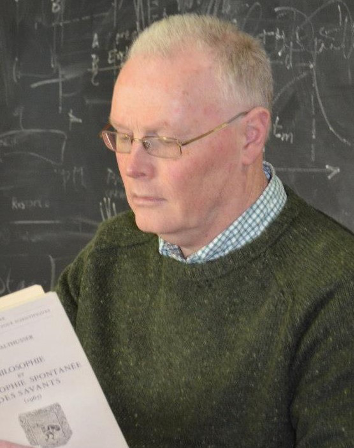 [*] Paul Cockshott is a Scottish computer engineer, working on computer design and teaching computer science at universities in Scotland. Named on fifty-two patents, his research covers robotics, computer parallelism, 3D TV, foundations of computability, and data compression. He is also a political economist. His books include Towards a New Socialism (1993), with Allin Cottrell, Classical Econophysics (2009), with Allin Cottrell, Greg Michaelson, Ian Wright and Victor Yakovenko , Computation and Its Limits (2012), with  Lewis M. Mackenzie and Gregory John Michaelson, How the World Works: The Story of Human Labor from Prehistory to the Modern Day (2019). 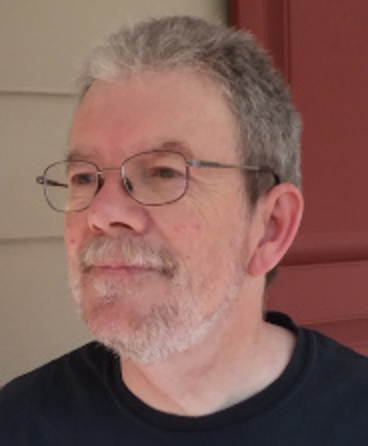 [*] Allin F. Cottrell is a Scottish political economist. He is a professor in the Economics Department at Forest University, North Carolina (USA). His research interests include the history of economic thought (Marx and Keynes in particular), macroeconomics, and the theory of economic planning.  His most recent books are Transition to 21st Century Socialism in the European Union (2010), with W. Paul Cockshott and Heinz Dieterich, and Gretl − Gnu Regression, Econometrics and Time-series (2016), with Riccardo Lucchetti.